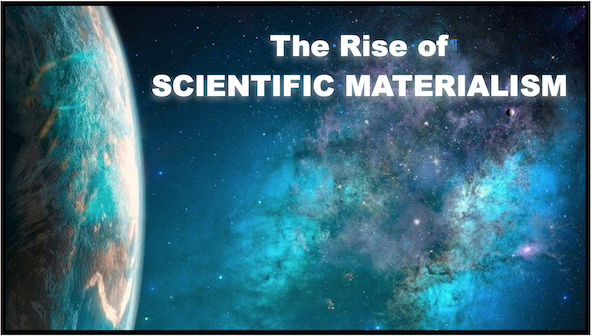 Here is what you need to know about Scientific Materialism:  1) No material thing, principle, philosophy, or human activity can be our ultimate authority in life because these things all lack the elements of omniscience and personhood;  2) “Personhood” best and most accurately defines us as humans and highlights our needs as persons, and 3) Knowing what we should believe and how we should live, we must also understand that all human persons who claim to be authorities have in one way or another failed us — always have and always will.

The “authorities” fail us because they are human.  We can’t forget that mere humans, by definition, are imperfect and limited.  Therefore, if we are to find an authority that we can trust, that authority must have knowledge greater than we humans have — ideally, infallible knowledge.  Also, our “authority” must understand the needs of persons.  That means the person must have the qualities of personhood.  A genuine, perfect person, then, defines the goal of our search.  This was the belief of the early scientists (such as Newton) and was the foundation for their scientific endeavors.  We call these macro understandings of our world a “worldview,” a philosophy of all things.  And with this philosophy to guide it, science was born.

That soon changed.  The new philosophy under which science now operates is the belief that matter is all there is and that nothing else exists.  Carl Sagan (born in 1934, and a popular voice for science) has famously put it this way:  “The cosmos (universe) is all that is or ever was, or ever will be.”  Because science now studies the physical universe (matter), this is all that seems to exist and the only thing that can be investigated.  To many scientists who hold to Scientific Materialism’s principles, this guides their thinking.  Anything not comprised of matter, science can only hypothesize about.

The “Catch” with Scientific Materialism

There is a catch here for those who canonize the belief (as in Carl Sagan’s dictum) that there is nothing but matter.  If there is nothing but matter, how can you logically speculate about what you dogmatically say does not exist?  You can’t even logically determine it does not exist unless you have evidence to prove it does not exist.  The evidence — or lack of it — is the only thing to discuss (as I have shown in Compelling Evidence for God).  And the evidence is overwhelming for the existence of things beyond matter.

The Burden of Proof Is on the Shoulders of Scientific Materialism

The scientific evidence for an intelligent mind behind the universe and all that is in it has placed the burden of proof squarely on the shoulders of Scientific Materialism or materialistic philosophies to prove otherwise.  That’s why there is such an effort in the scientific papers to justify beliefs in the theories that support the idea that everything can be explained materialistically.

However, Scientific Materialism makes no bones about saying there is no God (i.e. nothing beyond the natural world) even though, according to its stated belief, it cannot know that.  This is called very crooked thinking.  It denies the legitimacy of anything that is not material.  And it attempts to remove it from legitimate discussion based on a belief that it cannot exist.  That belief guides all their scientific conclusions.  We must not forget that when evaluating those conclusions.

For the philosophic belief of Scientific Materialism, there can be no God.  Therefore, God or anything supernatural does not conveniently have to be taken into account.  Nice!  As the saying goes, “It throws the baby out with the bathwater.”  But if there is nothing that is not made of matter — nothing even that humans sense and that can be seen as part of who they are or their universe is — there is no baby in the bathwater.

But What If Their Assumption Is Wrong?

What if there is something outside of matter?  What if their assumption is wrong?  The new scientific philosophy (scientific materialism/naturalism) on which science operates simply denies its presence.  Therefore, whatever evidence is found for such things must be explained away or (more conveniently) simply ignored.

Of course, the atheists and agnostics who deny the existence of anything beyond the natural universe (commonly called the “supernatural”) must insist such beliefs in the supernatural are not to be considered.  Isn’t then the scientific philosophy on which science operates atheistic in nature?  Richard Dawkins, the current most popular voice for science, has emphasized this in the title of his book, The God Delusion.  Clearly, this is what is behind the need to bolster the theories that support scientific materialism.

So, What Do Parents Do?

Parents, what do you do to influence your child’s beliefs if you don’t accept Scientific Materialism’s beliefs?  The reasoning I have laid out is much too abstract and difficult for a young child to understand.  Therefore, for young children, the most powerful influence is your modeling of the importance in your life of beliefs in things that are beyond matter.  For your own educational needs, these articles will help prepare you for when your children are into their teens and can understand these concepts.  Then, it is the fireside talks and the discussions of what they are being taught by others that will set the stage for some straight thinking. 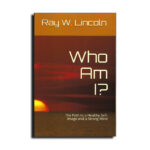