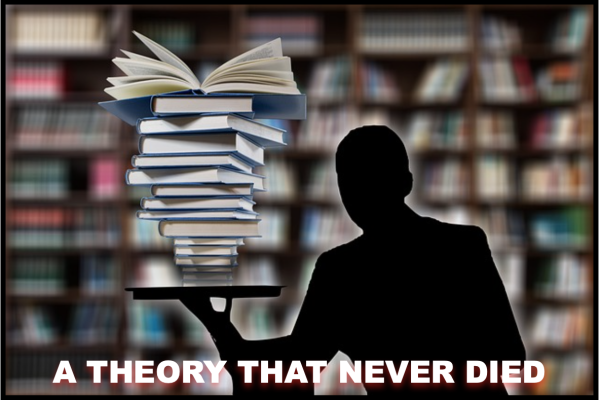 Only one idea of temperament design (The Four Temperaments) has lived through the ages and never died. It has risen and fallen in popularity over the ages, as most ideas do. We can see its appeal and confirmation in widely different cultures and many countries. It has appealed to the common man and the intellectual elite alike throughout the centuries and influenced literature. Roback’s A Bibliography of Character and Personality (1927) lists near 5,000 articles evidencing the vast and consistent nature of the accumulated evidence. Literature on the four temperaments has bloomed since then with an ever increasing interest. This theory never died.

Dating back to Ezekiel, this theory never died

In the days of Hippocrates (named the father of temperament) and his contemporary Plato (who sees the ideal society through the eyes of the four temperaments), it began its ascension. Aristotle, Plato’s star student who surpassed him in fame, further established its hold on the world that followed his influence for centuries. Ezekiel, who predated them, skillfully wrote in apocryphal style, giving us the first glimpse of their influence in Jewish and early Christian literature under the then-common name of the “four faces of humanity.” It continued its influence through the ages and appears in the works of the greatest novelists to this present day.

The reason this theory never died

The original theory of the Four Temperaments has never died due in large part to its constant appeal as a true representation of the inner world that shapes the lives of human beings. That inner world of the psyche or soul, hidden from many but sensed by all who pay attention to its influences, quietly shows itself through our temperament’s urges.

Even the skeptics saw its value

Even the likes of David Hume, the ultimate philosophical skeptic of the 18th century, wrote of the four humours (temperaments), citing how they unravel all of the “intricacies of our nature.” I mention him because he has profound influence on the negative pessimism and doubts of our present culture. Some see him as the father of this age of skepticism and he was known also for his pessimistic melancholy. The current rise in youth suicides is potent evidence of this growing pessimism with life.

Other theories have come and gone

A surge of interest and belief arose for a time in the works of Ivan Pavlov (1849-1936).  He proposed his theories of “Pavlovian Conditioning,” claiming to make any child into whatever he wanted them to be via environmental conditioning.  His ideas soon fueled other ideas.

B. F. Skinner proposed the theory of “Operant Conditioning.”  This theory championed the idea of the superiority of environmental influences over such things as temperament.

Sigmund Freud (1856-1939) also made a splash when he claimed all human urges and drives arose from only one governing sexual drive inherent in the infant . His emphasis on infantile sexuality and his methods of psychoanalysis captured the minds of many who saw them as scientific revolutions of a sort.

By no means are these ideas accepted by all. In fact, there is a growing departure from thinking in terms of a singular drive that fashions our inner core. Despite the passing fashions of these beliefs, the belief in the four temperaments was not shattered. The “four temperaments” theory never died.

A return to understanding, departure from Freud

Freud’s star student, Carl Jung, broke with him and signaled the return to understanding humans by not one dominant sexual drive but by the persistent urges of our inner core self. This led directly to the works of Meyers and Briggs who fashioned the first detailed questionnaire.  The Meyers-Briggs Temperament Indicator made it possible for anyone to access a deeper understanding of their own temperament.

Now stronger than ever

Due to the work of David Keirsey, the four letters of the Meyers Briggs Indicator ( SP, SJ, NT, NF) have surfaced as the convenient symbols of the four temperaments. Now, stronger than ever is the conviction that the four temperaments accurately define the makeup of our human psyche, soul, or spirit (whichever term you prefer).  Keirsey’s work has given this idea, first expressed by Ezekiel, its greatest numerical surge.

For many reasons, among them the fact that this theory never died, it deserves your earnest consideration.

In my new book Who Am I?, I describe how we have become “crooked thinkers.” I describe how to break out of this “mind prison” to become instruments of change for a better world.  It begins by recognizing the source of our value as humans.  You can get your copy HERE.  (Psst!  Subscribers to my weekly updates can receive a 15% discount and free shipping from the above link!) 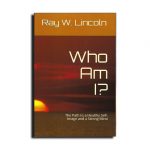 If you’d like some assistance, you can request a consultation.  An InnerKinetics consultant will call you to answer questions and schedule your meeting. Schedule an Initial Consultation. If you are more independent and want to cut to the chase, you need not wait for a call back because you can get answers to your questions and schedule your session HERE.